GRANITE BAY, CA, March 24, 2021 – ReviverMX, Inc., developer of the world’s first digital license plate, the RplateTM, today announced that they have entered into an agreement with the Susan G. Komen®, the world’s leading breast cancer organization, to help fundraising through sales of a ReviverTM specialty Rplate displaying the organization’s iconic Running Ribbon® and a menu of select banner messages.  Initially, the Komen Rplates will only be available in California and Arizona, but as Reviver continues to expand its reach into more states, Komen Rplate sales will expand across the U.S. as well.

Reviver’s affinity program allows organizations like Komen to customize the Rplate for supporters to demonstrate their loyalty to a cause via Reviver’s digital license plate. Funds raised through sales of the specialty Komen Rplates will help fund the organization’s efforts to save lives from breast cancer.

Mark Pilon, Executive Director Los Angeles County for Susan G. Komen said, “Reviver and their very unique Rplate are a welcomed addition to our ongoing campaign to expand support for our critical mission and will enable us to continue investments in research and patient support.  We look forward to seeing our custom Rplates on supporters’ vehicles in California and Arizona right away, and on more vehicles across the country as more states adopt Reviver’s digital license plates as a 21st century standard.”

“We are extremely proud of our ability to help Susan G. Komen pursue their mission. They have transformed the way the world views breast cancer and have been a mobilizing force in creating a global community of passionate support for their mission,” said Neville Boston, founder and CSO for Reviver. “Allowing the expressive attributes of our Rplates to help build participation in their mission, is something we can all feel very good about,” Boston concluded.

Reviver’s Rplate and the more advanced Rplate ProTM, are currently being sold for vehicles registered in California and Arizona and on commercial vehicles in Texas. Eleven other states are actively engaged in adopting Reviver plates, and Reviver is working with the remaining 36 states and the AAMVA for additional engagements. The company is currently selling Rplates through multiple channels, including automotive dealerships, affinity groups such as Susan G. Komen, professional sports teams and college alumni associations, and small to medium-sized commercial fleets. The Rplate and Rplate Pro can be reviewed and purchased at: reviver.com. 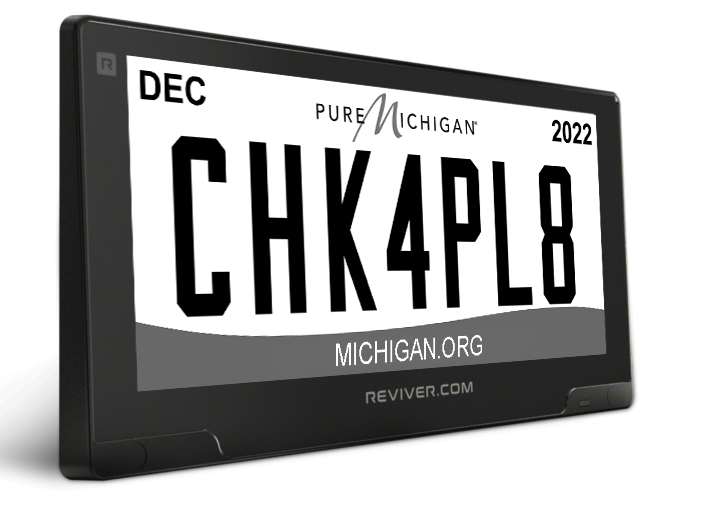 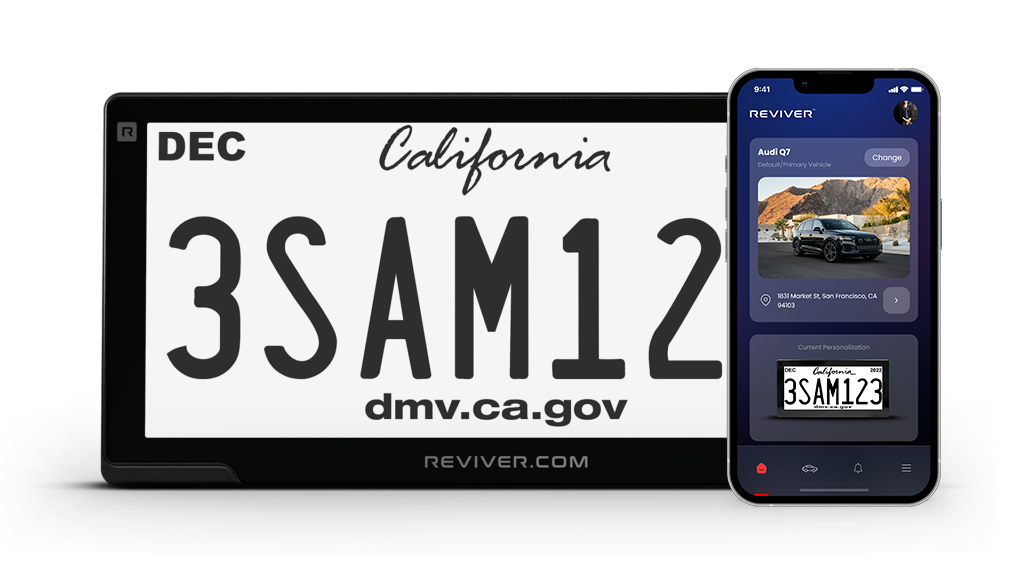